With Renewable Heat Incentive scheme reforms published this month, the future is looking rosy for renewables, with ongoing commitment to the scheme and some increased incentives.

According to the Chinese Zodiac its The Year of the Rooster, but according to Michael Wright, Director of Yorkshire Heat Pumps, 2017 is going to be The Year of Renewables.

The long wait is over at last, with the publication earlier this month, of the government’s RHI Consultation Response.  It details reforms to the Renewable Heat Incentive scheme which come into effect in April, and happily, it’s good news for homeowners and businesses alike. It also contains some real surprises.

To recap, the Renewable Heat Incentive (RHI) scheme began in 2011 – first focused on the non-domestic market, but with the domestic RHI scheme following in 2014. Its goal was to encourage businesses and homeowners to switch to renewable energy heating in an effort to hit the UK’s ambitious, and legally binding carbon reduction targets.

Under the scheme, incentives are paid for every kilowatt hour of heat required to heat the business or home, paid over 20 years for non-domestic installations (and based on metered output), and 7 years for domestic (based on the deemed heat requirement for the property, taken from the EPC).

Initially, the scheme was designed to neutralise the cost of switching over the 20 or 7 year term, but in reality some people are set to make a healthy return for making the switch.

Since its launch, the RHI budget has been managed through a process called degression whereby, as specific triggers are hit, the tariff for that technology automatically comes down.  The more popular the technology, the faster the degression.

Biomass has been a victim of its own success in the domestic market with tariffs tumbling from the launch level of 12.2p/kWh to today’s 4.68p. This is set to come down still further from January 1st to 4.21p. At that level, RHI alone won’t cover the cost of an installation, but coupled with lower operating costs, switching can still make economic sense for many households. 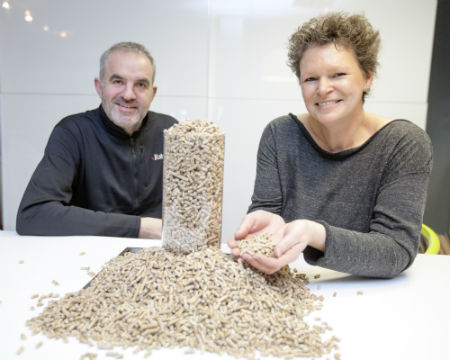 Happily, following the consultation, biomass tariffs are set to rise again, with the announcement on timings due on 1st March. Tariffs will go back to 6.44p/kWh – a level last seen in December 2015. Given that biomass is a perfect retro-fit solution that works really well in less well insulted properties, it’s just right for an old stone farmhouse in the Dales. This reversal in tariff direction shows that government appreciates just how important biomass will be in hitting our carbon targets.

The one downside to the reforms to the domestic scheme is that payments will be capped. While currently, payments are calculated based on the deemed heat and hot water demand figure for the property, from April, there will be a cap on the heat demand: 25,000kWh for biomass, 20,000kWh for air source and 30,000kWh for ground source.

This does mean that people in the largest properties will be less well rewarded than under the current scheme, and this could be a deterrent to switching. However, on the plus side it will put a stop to possibly the most affluent homeowners taking too big a slice of the RHI pie and ensure the scheme benefits more homeowners overall.

You can read the full Consultation Response here.

If you'd like to learn more about renewable energy heating options and what might be suitable for you and your property, why not give us a call or pop in to see us in our Harrogate showroom or fill in a contact form on the website and we will get back in touch.