This month we are celebrating the first birthday of the domestic Renewable Heat Incentive (RHI) scheme, but has it been a Happy Birthday? Here at Yorkshire Heat Pumps we certainly think so.

The story so far

The RHI scheme offers financial incentives to encourage homeowners to switch from fossil fuel heating systems to renewable heating technologies, and pays them a set tariff per kilowatt hour of energy required to heat their home. Launched on 9th April 2014, after a lot of hype and several delays, applications were a little slow getting off the mark, but a year on accreditations hit a very respectable 31,793 (13th April 2015). There have been technology winners and losers in this, but the landscape is changing, driven in part by tariff changes, but also as awareness and acceptance of renewables grows.

By 20th April, 32,011 applications to the scheme had been accredited, with the lion's share being air source heat pumps with a 43% share, and their 'sister' technology, ground source heat pumps bringing up the rear with a 14% share. Biomass accounts for 25% of accreditations, and Solar Thermal (which is used for domestic hot water, not central heating) 19%. It will be very interesting to watch this split in the coming few months.

Thus far the only technology that has hit its degression trigger (the level of uptake which automatically causes a reduction in tariff), is biomass, with reductions of 10% in January and 20% in April this year, settling at 8.93p/kW hour from its launch level of 12.2p/kW hour. But what does that mean for homeowners? 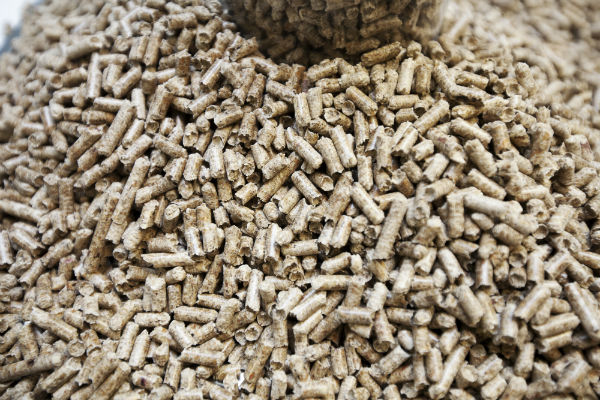 Domestic RHI payments are made quarterly over 7 years, and were designed to neutralise the cost of switching to renewables. In fact in many instances homeowners can expect to see a healthy return through their RHI payments, but the level of return does vary by technology and depending on their property's heat demand.

With tariffs dropping for biomass we are now at the tipping point where the cost of some installations (certainly those in smaller properties with lower heat demands), will not be covered by the RHI payments alone, and the payback period will be longer than 7 years. But payback they will, in time, as biomass still has significantly lower operating costs than a fossil fuel system.

What has this meant for Yorkshire Heat Pumps?

When we set up Yorkshire Heat Pumps in 2013, we had an expectation that the bulk of our work would be installing heat pumps (there's a clue in the name!), but in the first 18 months of trading, the emphasis has been on biomass. It's a high temperature heating system that can work with existing radiators so is a great retro-fit choice for many homeowners, especially those in less well insulated properties that really need a high temperature system. There happen to be plenty of those on our doorstep in the Dales.

However, things are slowing down on the biomass front, perhaps due to the tariff changes and perhaps suppressed by the temporary drop in oil prices, but that doesn't seem to be reducing the interest in renewables overall.

Heat pumps, and in particular ground source heat pumps, are filling our order book at the moment. These attract the second highest RHI tariff, currently 19.10p/kW hour. Heat Pumps are low temperature systems which work best in well insulated properties with large heat emitters - under floor heating is ideal – so it's not surprising our heat pump customers tend to be self-builders or those adding an extension or undertaking significant refurbishment of their homes. Perhaps we are busy with heat pumps now because the gestation period has come to an end and these customers have been through planning and are underway with their building projects and are now, several months on, ready to press the button on their heating solution.

Air source heat pumps account for the highest proportion of RHI accreditations (but the lowest proportion of our installations), perhaps because they are relatively cheap to install and cause a minimum of disruption, so they are an easy choice for someone wanting to make a quick, low cost switch to renewables. On the downside, they attract the lowest RHI tariff at just 7.42p/kW hour, but given the capital cost is low, they are expected to pay back over the 7 years of RHI payments. They won't suit all homes though. Like their ground source counterparts, they are a low temperature system so work best in well insulated properties with large heat emitters, but if you don't have, or can't retro-fit, under floor heating, all is not lost, but you might have to increase the size or number of your radiators.

What does the future hold?

In our experience, word of mouth is playing a significant part in raising awareness of renewables, and the RHI scheme in particular. The arrival in one's bank account of the quarterly RHI payment is certainly something worth talking about, and we know our customers are spreading the word, because we see these people coming into our showroom to find out what all the fuss (and financial gain) is about.

As election fever grips the nation there is speculation about changes to green policies and the long-term future of the RHI scheme – will it remain intact, be replaced with an alternative system or be scrapped altogether?

The latter is unlikely given the government's carbon obligations, and the scheme is working very well. Over 32,000 households have embraced a greener heating solution in just one year and the rate of uptake has accelerated in recent months. With only one technology having hit the degression trigger so far there is still 'capacity' for air source and plenty of scope for ground source heat pumps and solar thermal.

It's been a great first year and the scheme is certainly not broken and does not need fixing, so we're looking forward very optimistically to seeing how much will have been achieved by the scheme's second Birthday.