The Department of Energy & Climate Change (DECC) has confirmed that condensing biomass boilers will now be eligible for domestic Renewable Heat Incentive payments when this scheme is launched in April 2014. This confirmation follows research commissioned by The Department for Environment, Food & Rural Affairs (Defra), which revealed the risk of aquatic polycyclic aromatic hydrocarbons (PAH) pollution from condensing biomass boilers to be minimal. 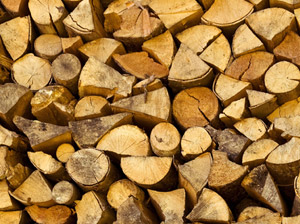 PAHs are products of incomplete fuel burning and are categorised as priority hazardous substances under the EU Water Framework Directive. Defra has now confirmed that while a small amount of PAHs are released in the condensate from these boilers, the levels should not pose a significant threat to the aquatic environment once they have been through wastewater treatment. As a result the Government has extended the dRHI scheme to cover condensing biomass boilers.

This applies to eligible condensing biomass boilers installed between 15th July 2009 and the launch of the scheme in Spring 2014, as well as those installed following the launch.

READ MORE on this announcement on the DECC website.

Get in touch to find out how Yorkshire Heat Pumps can help with your renewable energy heating solution for your home.